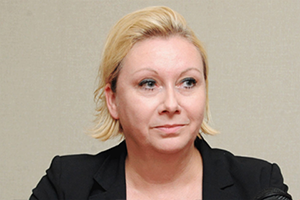 The Bundestag reprimanded the MP from the Christian Democratic Union (CDU) Karin Strenz in connection with the violation of MP standards, reports DW.

A representative of the party, which until recently was headed by the German Chancellor Angela Merkel, did not provide information on additional incomes in due time, the Bundestag administration said on January 18.

The penalty procedure in relation to the MP continues, the official statement says.

According to the newspaper Der Tagesspiegel, we are talking about funds received by Strenz from a German company from Azerbaijan. In addition to the reprimand, the MP faces a fine of 10 to 99 thousand euros, the publication indicates.

Meanwhile, in the Bundestag, there are demands for the deprivation of Strenz of an MP mandate. In particular, Social Democrat Frank Schwabe said she “caused serious damage to the reputation of the political leadership.”

Suspicions against Karin Strenz appeared back in 2017 during the corruption scandal in the Parliamentary Assembly of the Council of Europe (PACE). In particular, her name is mentioned in a report of a group of independent experts on bribes for lobbying Baku”s interests in Europe, published in April 2018. The document states that the key person involved in the corruption scandal, the ex-deputy Eduard Lintner hired her to work through his consulting company Line M-Trade, which was funded from Baku and was engaged in lobbying the interests of Azerbaijan.

Later, Strenz said she did not know about the source of funding for the company. Due to suspicions in early 2018, she was expelled from the Bundestag delegation to the PACE, DW points out.-0–

1 year ago 1592 Azerbaijani blogger revealed foreign real estate other state officials
1 year ago 864 Who wants to be a billionaire, he will go to jail
2 years ago 1643 Because of the "caviar diplomacy" the composition of the delegation to PACE has changed