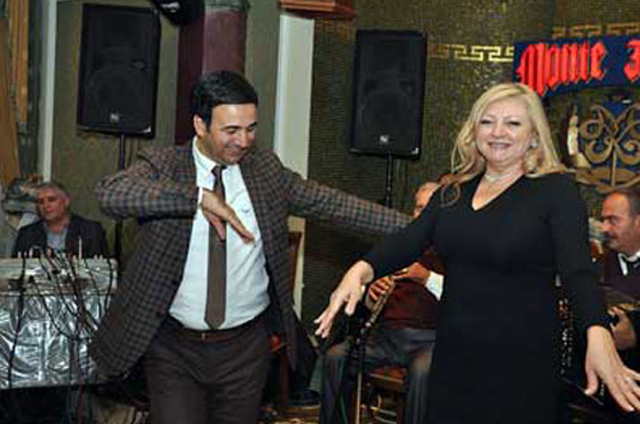 A number of non-governmental organizations, including the Institute for Public Policy, the Promo-LEX Association and the Human Rights Resource Center, addressed a public appeal to the parliamentary advocate Aurelia Grigoriu, demanding her to resign “regarding to the discrepancy of recently displayed behavior of her current position”.

“We believe that in her speech in Yerevan, Ms. Grigoriu exceeded the competence and created prerequisites for the deterioration of relations between the Republic of Moldova, Armenia and Azerbaijan. Such a speech in the framework of the international forum is not worthy of the position of a parliamentary advocate and causes serious damage to the people’s confidence in the institution of the parliamentary advocate. Proceeding from this, we urge Ms Grigoriu to resign in the very near future,” the public statement said.

As representatives of civil society emphasize, “a parliamentary lawyer should always show tact, consistency, responsibility and accuracy in public speeches.” “In our opinion, in her capacity as the Ombudsman of the Republic of Moldova, Ms. Grigoriou allowed herself to make political statements to the detriment of presenting the situation in the field of human rights in the conflict zones,” the authors of the appeal note. The resignation of the parliamentary advocate Aurelia Grigoriu is insisted by the Armenian community in Moldova, which sent an appeal to the parliament in this regard.

The Standing Parliamentary Commission on Human Rights, which considered the issue related to Grigoriu’s behavior in Yerevan, stated at July 11 meeting “the lack of professionalism and political myopia from the side of the lawyer”, but did not take a decision on the vote of no confidence in Ombudsman Aurelia Grigoriou. Grigoryu herself did not appear at the hearings held in the standing parliamentary commission, citing the deterioration of health and threats to her.

On the eve of the visit of the Armenian President to Moldova, the parliamentary advocate Aurelia Grigori accused Armenia of genocide against Azerbaijanis in the Armenian parliament, as well as in the occupation of Azerbaijan. “Armenia occupied 20% of the territory of Azerbaijan and carried out genocide against Azerbaijanis,” said the Moldovan lawyer, adding that “the genocide in Khojaly was committed by Armenians, and this is a fact recognized internationally,” it was said by Moldovan parliamentary advocate at the Armenian Parliament European conference “The European Standards on the Rule of Law and the Scope of Discretion of Powers in the Member States of the Council of Europe”.

This statement provoked a negative reaction both in Armenia and in Moldova, where many representatives of civil society, as well as politicians, condemned the ombudsman’s statement, regarding it as provocative and “paid”, aimed at aggravating the situation. On July 8 Aurelia Grigoriu held a press conference, during which she announced that she had not offended anyone and did not intend to apologize, especially – to resign from the post of parliamentary advocate. At the same time, she accused the leadership of the Armenian parliament of provoking a scandal and hysteria around the relevant situation.

2 years ago 2560 Azerbaijani blogger revealed foreign real estate other state officials
2 years ago 1293 Who wants to be a billionaire, he will go to jail
2 years ago 2293 Because of the "caviar diplomacy" the composition of the delegation to PACE has changed