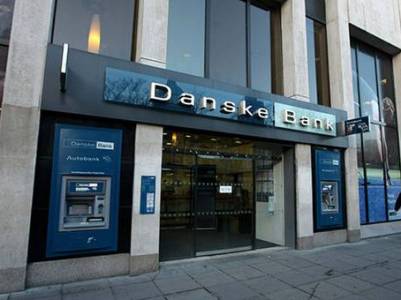 Baku/17.07.18/Turan: Scandal around the Danish Danske Bank, which turned out to be one of the largest “laundries” in Europe is growing. Director of Internal Control of the Danske Bank resigned, becoming the fourth employee, forced to leave the managerial position in connection with the ongoing investigation of the financial fraud of the Estonian “affiliate” of the company.

“Financial fraud” means a criminal case on the laundering of large funds illegally withdrawn from Azerbaijan and Russia by the Estonian branch of the bank. Last week the founder and executive director of the Hermitage Capital, William Browder, filed an application with the Danish Prosecutor’s Office to initiate criminal proceedings against Danske Bank (DB). This is reported by The Financial Times. The statement alleges that the Danish Bank (DB) participated in the laundering the $230 million stolen from the Russian budget.

The DB branch in the Baltic States was at the center of the scandal last year, when the facts of suspicious transactions related to foreign companies were revealed in the course of inspections. A serious reason for suspicion was the materials published by the Center for the Study of Corruption and Organized Crime (OCCRP), which featured the names of politicians, high-ranking officials from Russia, Ukraine and Azerbaijan, money laundering schemes were disclosed.

Journalists of the Danish, newspaper Berlingske German Süddeutsche Zeitung, French Le Monde, British The Guardian conducted their own investigations. As they say “the farther into the forest, the more wood”: the deeper the authors of the materials digested, the more impressive became the amounts of questionable transactions in this Danish Bank. The scale of the large scandal with money laundering in Europe has doubled – initially the amount of laundered funds was estimated at 25 billion Danish kroner (about $ 3.9 billion), the journalist of the Swiss edition Neue Zürcher Zeitung, Ingrid Meissl Arebaugh, reports. Then this amount increased to $ 8.3 billion. The documents of approximately 20 enterprises that had accounts in the Estonian branch of DB between 2007 and 2015 were studied.

The insider informed that the Baltic branch was aware that behind several accounts through which dubious payments were made, were “suspicious customers”. Among them allegedly were members of the Putin”s family, as well as representatives of the Russian FSB. In particular, the name of Igor Putin, the cousin of the president, was mentioned. According to the informant’s assumption, the Estonian bank was itself involved in criminal fraud and actively participated in money laundering.

However, the investigation revealed no less famous Azerbaijani names and quite impressive sums of transfers from companies, whose owners are Azerbaijani oligarchs. According to the Äripäev newspaper, the “washing machine” in Estonia has laundered 2.5 billion euros from the local branch of Danske Bank, transferred from accounts of four companies registered in the UK, but with an address in the capital of Azerbaijan, Baku. These companies are called Polux Management LP, Hilux Services LP, Metastar Invest LLP and LCM Alliance LLP, but there is very little information about them. According to the British registry of companies, the owners of these four companies are offshore companies, and information about real owners is hidden.

Rasmus Yarlov, the Minister of Economy of Denmark, called the incident “a shameful spot for the Danish banking sector” and said that the new financial disclosure in the scandal surrounding the DB would be engaged in a financial control institution. Danske Bank earned about half a billion Danish kroner on fraud, which now explains why in the DB branch in Estonia has been over-proportional income for several years.

Today the main question is whether the bank participated in the money laundering scheme consciously, earning an increased profit on it, or became its element due to management mistakes. In connection with the investigation, the entire management of the Estonian sub-branch was dismissed or suspended from work. If the investigation reveals that the unlawful actions of the leadership were committed deliberately, the bank will transfer the cases to the police. The case of alleged laundering of large funds illegally withdrawn from Azerbaijan and Russia should be completed, as the Danske Bank hopes, in September of this year by publishing a report on the investigation conducted by the firms involved.

1 year ago 2120 Azerbaijani blogger revealed foreign real estate other state officials
2 years ago 1085 Who wants to be a billionaire, he will go to jail
2 years ago 1991 Because of the "caviar diplomacy" the composition of the delegation to PACE has changed