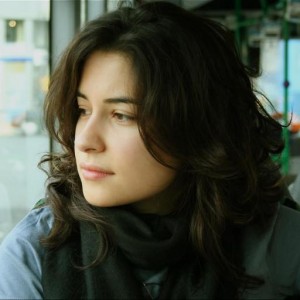 Could it be that the there are some “forces” (as our beloved government officials would say) in the European Parliament and PACE who are keen supporters of the Aliyev regime? It seems so. And here is why.

On January 23rd, PACE members voted on two key resolutions on Azerbaijan- one on the country’s obligations and commitments as a member state and the second one a resolution on political prisoners. Unfortunately as I said earlier, the caviar seems to be more important than political prisoners and their rights in Azerbaijan and so while the initial resolution passed with 196 in favor and 13 against, the latter stayed on paper with only 79 in favor, and 125 against.

Among those who seem to be avid fans of caviar and other luxury, are European Parliament member- Bulgarian Socialist Kristian Vigenin, who is also the Euronest chair. Last year he organized a discussion with Elkhan Suleymanov- head of Azerbaijani delegation to the Euronest Parliamentary Assembly, to discuss the “unjust” resolution passed by the EP on the eve of Eurovision on the human rights record of Azerbaijan. Needless to say there were no reps. from the civil society, or opposition from Azerbaijan.

Elkhan Suleymanov, was also among anti- Strasser report. In his statement following the voting Suleymanov accused Strasser of “biased and hostile” approach towards Azerbaijan.

Apart from Vigenin, there are few others too, such as Kristina Ojuland (Estonian Liberal); Inese Vaidere (Latvian conservative); and Vytautas Landsbergis (also Lithuanian conservative). Looks like caviar can work its magic on everyone, whether you are a liberal, a conservative or avid defender of human rights abuses elsewhere but in Azerbaijan.

If you haven’t read it already European Stability Initiative published a comprehensive report on this matter titled “Caviar Diplomacy: How Azerbaijan silenced the Council of Europe (Part 1)”. It is available for free on their website.

In that report, there is also a list of the so- called “apologists” for Azerbaijani regime. Among these are Maltese Joseph Debono Grech, Spain’s Pedro Agramunt, Belgium’s Paul Wille, UK’s Mike Hancock, and Germany’s Eduard Lintner and others who over time made it possible for instances such as the head of the PACE election observation mission declare past elections in Azerbaijan meeting international and CoE standards.

Ironically, these past few weeks only proved the dire situation Azerbaijani people live in. Starting from the publicized death of a young conscript; angered merchants protesting increase in rent; frustrated and fed up residents of Ismayilli and finally the protests organized in solidarity with people in Ismayilli in Baku.

But then the comfort of their seats miles away and generous presents from their special friends makes the struggle of Azerbaijani people miniscule doesn’t it? Priorities vary…

Europe How one Azeri influence organization works Available in 6 months ago 431
7 months ago 497 Relations of the Swedish Foreign Ministry with the dictatorship of Azerbaijan
7 months ago 502 Rasmus Canbäk: Caviar diplomacy in Sweden

Europe
How one Azeri influence organization works 6 months ago 431
Analytics
Relations of the Swedish Foreign Ministry with the dictatorship of Azerbaijan 7 months ago 497
Europe
Rasmus Canbäk: Caviar diplomacy in Sweden 7 months ago 502