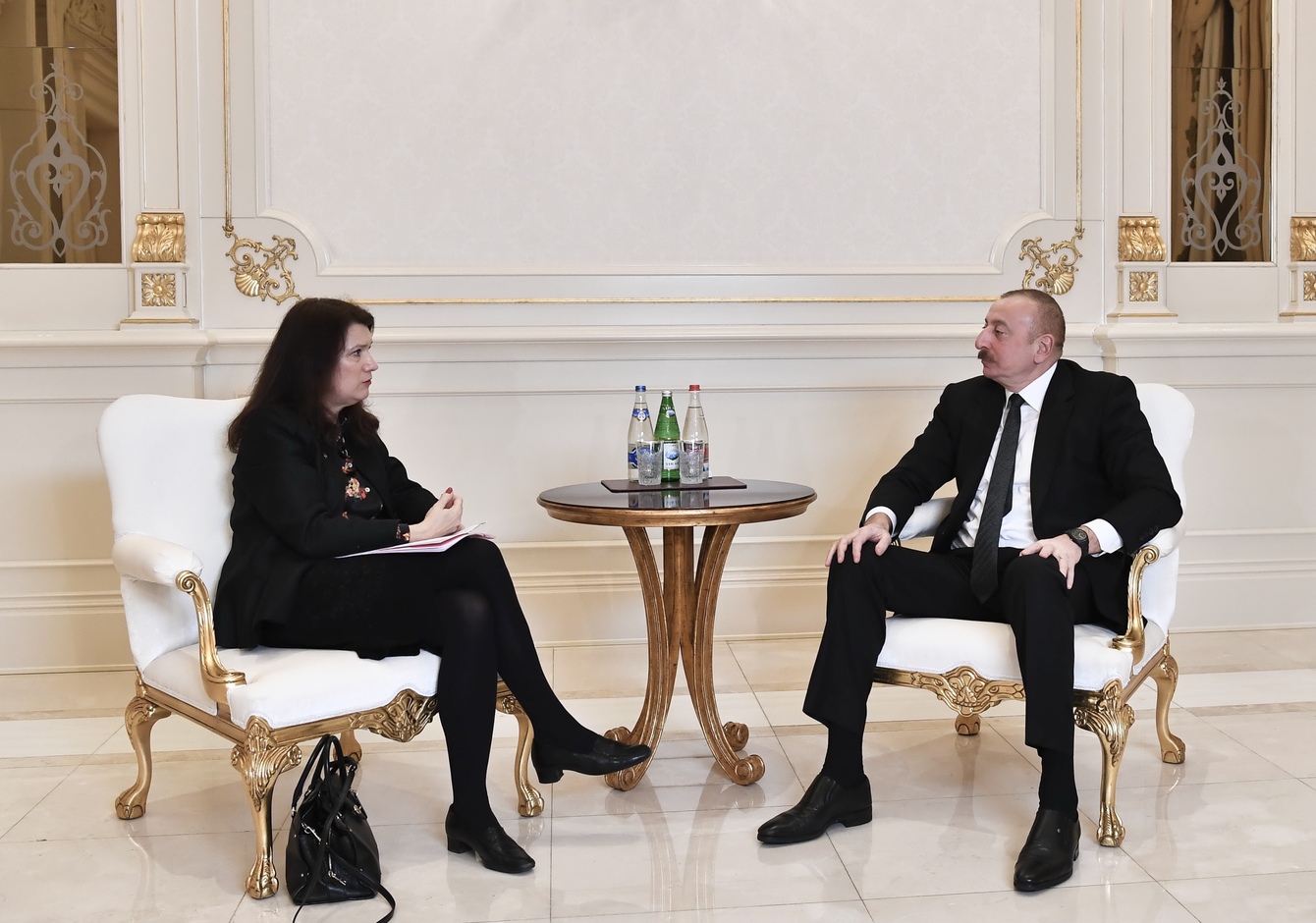 At the same time as the ISDP received money from Azerbaijan, the research institute acted as advisors for the Ministry of Foreign Affairs when the peace talks between Armenia and Azerbaijan would start after the war in 2020. – It is like being funded by Gazprom to analyze the Ukraine war now, says German activist Sascha Düerkop

This is a translated text from the original article in Swedish. Some of the quotes have first been translated into Swedish from English, and then translated back again. For every quote there is a link referring to its original source. The text is primarily written for a Swedish audience.

This is the second part of Blankspot’s investigation of the ISDP research institute. Read the first part here.

Blankspot revealed last week that the Swedish Ministry for Foreign Affairs has given SEK 6-10 million in grants annually to the research institute ISDP for 15 years, despite knowledge of the links between the institute’s vice-chancellor Svante Cornell and the dictatorship of Azerbaijan.

Blankspot’s in-depth investigation shows that the ISDP contributed with advice during Ann Linde’s chairmanship of the OSCE – at the same time that the organization oversaw the start of peace negotiations between Azerbaijan and Armenia after the 2020 war.

Ahead of Ann Linde’s chairmanship of the OSCE while Sweden held its presidency, she declared that the Nagorno-Karabakh conflict was one of the organization’s areas of highest priority. It is also an area where the ISDP has distinguished itself as well-established within the field in Sweden.

At the same time, ISDP’s wide-ranging relations with Azerbaijan has been reported in the media for over a decade (see, for example, the revelation in Aftonbladet 2012 ”Foreign Ministry Institute helped Telia Sonera with business in dictatorships” and in Dagens Nyheter 2017 ”Head of foreign ministry-funded institute criticized for close links to dictatorship”), which Blankspot described in the first part of this investigation.

With that in mind, the decision of funding ISDP by the Ministry for Foreign Affairs’ documentation raises several questions.

What kind of analysis and recommendations does the ISDP contribute to the Foreign Ministry? Could there be conflicts of interest?

The decision to disburse money to the ISDP for 2021 shows that the Ministry for Foreign Affairs considered the ISDP as playing an important role in the same year where Sweden’s role holding the OSCE Presidency is emphasized.

”ISDP’s detailed and updated knowledge in geographical contexts, combined with key actors in the relevant contexts, is a valuable source of information for the ministry, not least during Sweden’s Presidency of the OSCE 2021, where the ISDP contributes with analysis and recommendations”.

In this second piece on the ISDP, the links between it and the Azerbaijani regime will be delineated even further.

Between the years 2015-2018, ISDP’s annual reports note that it received funding from ”The European Azerbaijan Society” (TEAS).

TEAS, which no longer exists, was funded by the Azerbaijani regime, and had the goal of building a network of loyalists in European politics. This strategy initially bore fruit, for example it influenced votes against a resolution of the Council of Europe to condemn Azerbaijan, and several media reports shifted to a more ”pro-Azerbaijani” perspective.

TEAS became known in Sweden when, immediately after losing his parliamentary seat in 2010, the chairman of the Parliament’s committee in the Council of Europe, Göran Lindblad (from the Moderate Party), was hired by TEAS. His assignment was to influence his former colleagues in European politics.

However when reporting on TEAS’ corrupt practices became widely publicized, there was a backlash and Azerbaijan chose to close down the organization in 2018, the same year its funding to the ISDP ceased. The current leadership of the ISDP has remained about the same since the scandal of 2017. Svante Cornell is still the institute’s vice-chancellor of the research, and Anna Wieslander, who today chairs the ISDP, was then vice Chairman.

One of the investigators into TEAS’s activities is the German activist Sascha Düerkop, who believes that with its links to the corrupt Aliyev regime, accepting money from TEAS demonstrates a conflict of interest.

– At least since 2010, when a diplomatic leak about TEAS appeared on WikiLeaks, there has been evidence that the organization is a Europe-based extension of the Azerbaijani state’s public relations functions. I find it hard to believe that you can accept funding from this organization without accepting their fiction.

– TEAS, which was registered as a company, and not a charity, operated aggressively since day one to promote the Azerbaijani state’s narrative of the Karabakh conflict*. Of course, ISDP being a purportedly neutral research unit studying a conflict, it cannot accept funding from a party that is clearly state-funded. It’s like being paid by Gazprom to analyze the Ukraine war now.

Düerkop emphasizes the degree to which TEAS succeeded in building influence.

– When TEAS was active, they, like no other lobbying organisation in Europe, took the so-called ’state lobbyism’ to a whole new level. They had a singular focus on the one issue they wanted brought to the agenda, which was their own narrative of the Karabakh conflict. It avoided critical topics, such as human rights issues in Azerbaijan. Unlike embassies, TEAS was not locked into answering critical questions, and it understood this.

Finally, he argues that TEAS was directly linked to the Aliyev regime.

– You could say that TEAS positioned itself as consisting of ”Azerbaijani students who make the outside world aware of the conflict”. They were never ordinary students though. The people who ran TEAS were the sons of a notoriously corrupt Azerbaijani minister who ensured that the regime funded TEAS from day one.

Blankspot reached out to Sweden’s largest Armenian interest organization, the Armenian National Association, for comment on these developments. They stated through their chairman Katrin Hakopian that they are disappointed in the government.

– It is serious when the Foreign Ministry, which on the one hand condemns the invasion of Ukraine and the use of force, on the other hand finances an institution [ISDP] that uninhibitedly celebrates the use of force, namely Azerbaijan’s violence against the population of Karabakh. This is exactly what Svante Cornell is doing when he congratulates an avowed dictator, Ilham Aliyev, for forcibly conquering and ethnically purging the southern parts of Nagorno-Karabakh of Armenians in the 2020 war (it refers to Svante Cornell’s quote outlined in the first investigation).

Furthermore, Hakopian is worried about how these contacts may have affected the initial post-war peace negotiations.

– But this can also actually explain the very palpable passivity of the Ministry for Foreign Affairs and Ann Linde’s commitment to the issue when they basically did not do a thing during Sweden’s presidency in 2021.

Azerbaijan formally denies that there were any attacks on civilians in Nagorno-Karbach during the war, yet this very thing was condemned by human rights organizations such as Human Rights Watch and Amnesty International. The organizations also condemned the Armenian side for attacks on civilians in Azerbaijan. Freedom House has accused Ilham Aliyev of strengthening his authoritarian power by using military means to resolve the conflict.

In the decision-making documentation for the 2021 funding, it is clear that the Ministry for Foreign Affairs values its relationship with the ISDP and the research it contributes to the ministry’s work.

”The activities are expected to contribute to a strengthened impact on Swedish foreign policy priorities through knowledge and policy development and sometimes concrete dialogue processes to respond to current political processes.

Similar formulations, if slightly toned down, can be found in the corresponding decision documentation from 2013, which was presented to the Foreign Affairs Committee after Member of Parliament Fredrik Malm (L) requested a hearing for them on October 17, 2013 regarding ISDP’s funding.

The minutes from then do not show much, but Fredrik Malm tells Blankspot the reason for the hearing was that several of the foreign affairs committee members were critical of the ISDP due to the vice-chancellor Svante Cornell acting as senior advisor for the Foreign Ministry during Carl Bildt’s time as foreign minister.

But what do the writings in the decision-making documentation concretely mean? How does the ISDP contribute to policy development and ”concrete dialogue processes” for the Ministry for Foreign Affairs?

When Blankspot turned to the Ministry for Foreign Affairs for answers, they only respond briefly, but that cooperation with ISDP under the presidency of the OSCE has been limited.

In addition to ongoing reports from ISDP, MFA have taken note of an analysis regarding Central Asia. Furthermore, they refer to previous responses in the previous article to the question of whether there is a conflict of interest between the ISDP receiving money from Azerbaijan and the Foreign Ministry using it as an advisory board.

In the previous response in the first article, MFA never replied to the question if there is a potential conflict of interest.

When Blankspot turned to the ISDP directly with questions about their role with the Foreign Ministry during the OSCE Presidency and about the money it received from TEAS, ISDP’s press officer Anna Jarmuch replied that they do not want to answer the questions because ”Blankspot allows itself to be used as a megaphone for one side in an armed conflict.”

After his first article on the ISDP, Rasmus Canbäck was subjected to harassment from state representatives in Azerbaijan, which the newspaper Journalisten reported on ”Swedish journalist blacklisted by Azerbaijan” Read the article here.

About the author: Rasmus Canbäck is up to date with the book ”Every day I die slowly” about the conflict in Nagorno-Karabakh. Over the past year, he has conducted a series of investigations for Blankspot about Sweden’s links to Azerbaijan, including that the regime organizes invitation trips for journalists. It garnered much attention last winter.

Europe How one Azeri influence organization works Available in 6 months ago 431
7 months ago 498 Relations of the Swedish Foreign Ministry with the dictatorship of Azerbaijan
7 months ago 502 Rasmus Canbäk: Caviar diplomacy in Sweden

Europe
How one Azeri influence organization works 6 months ago 431
Analytics
Relations of the Swedish Foreign Ministry with the dictatorship of Azerbaijan 7 months ago 498
Europe
Rasmus Canbäk: Caviar diplomacy in Sweden 7 months ago 502