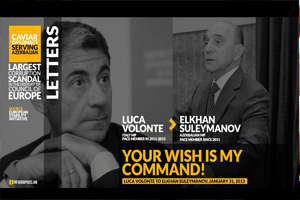 Five months from now, on 5 May 2019, the Council of Europe, Europe’s leading human rights institution, will turn 70. Whether this will be an occasion for joy or mourning, for pride or shame, will be decided in the coming weeks.

Never in its history has the legitimacy of the Council of Europe been as threatened as it is today. Four crises are creating a perfect storm: first, an unprecedented corruption scandal, which has yet to receive a serious response; second, an effort at institutional blackmail by the Council’s biggest member, Russia, which would, were it to succeed, render the whole organisation unable to resist future bullying; third, a budget crisis caused by the very same member country that could fatally weaken the institution as early as March 2019; and finally a deeply troubling lack of leadership.

This newsletter looks at each of these crises. It appeals to governments – in particular the current Finnish and next French chairs – to take this threat seriously. The legitimacy of the Council of Europe matters. Its destruction would be a harbinger of much worse to come. What is needed are bold measures, both in the Committee of Ministers (the 47 governments) and in the Parliamentary Assembly of the Council of Europe (PACE). These must also appoint and then back a strong and committed new Secretary General from October 2019.

Dirty money and the perfect crime

December 10, 2018 will be a turning point in the history of the Council of Europe, the first day of the trial of three former members of PACE for corruption in Milan. This trial is, so far, the only serious effort to hold anyone criminally accountable for the biggest scandal in the history of the institution. The men who stand accused of corruption to manipulate the Council of Europe are one Italian and two Azerbaijanis: 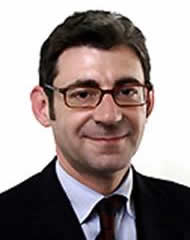 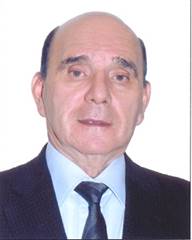 The basic facts of the case are not disputed. From 2012 until 2014 large sums of money changed hands between the two Azerbaijanis and Luca Volonte, then the leader of the biggest political group in PACE, the European People’s Party. Prosecutors found many emails in which they discussed the terms of their cooperation. One email, from 1 February 2013, encapsulates the relationship. It was written after a vote on a resolution on political prisoners in Azerbaijan that Baku wanted to see defeated and which was indeed rejected by a surprisingly large majority in PACE. In the email Luca Volonte addressed Muslum Mammadov like a servant does a master:

“Your wish is my command, so I think that we should discuss the new version [of a motion] during the next meeting in Baku with Elkhan [Suleymanov] and Pushkov [the powerful leader of the Russian delegation to PACE].”

For his services Volonte received € 2.39 million from Azerbaijan, paid to him through offshore bank accounts, including the infamous Danske Bank office in Estonia. In total he was promised € 10 million.

Italian prosecutors accuse Volonte of having abused his position in PACE to support a foreign state for private gain. However, Suleymanov and Mammadov did not act as rogue MPs on their own behalf. They did not spend their own money. There is also no good reason to believe that Volonte was the only MP in PACE paid by Azerbaijan. When ESI published the first report on Caviar Diplomacy in May 2012, the cooperation between Volonte and Suleymanov had not yet begun, but bribing PACE members was already a common practice. Arif Mammadov, who was the Azerbaijani ambassador to the Council of Europe from 2007 to 2012 and later fell out with the regime, said to the PACE investigative body that he had tried to warn Secretary General Thorbjorn Jagland about Azerbaijani “lobbying” during his time in office. He explained that Azerbaijan had a specific budget for caviar diplomacy of € 30 million at the time. A Norwegian daily reported:

“Mammadov claims that he also told Jagland how Azerbaijan authorities were using their so-called ‘caviar diplomacy’ and extravagant entertaining of PACE members to win support from them.”

What is remarkable: none of this evidence led even to calls for a serious investigation into Azerbaijan’s methods from the other 46 member-states. As things stand, Azerbaijan committed the perfect crime: for years it used its money to buy positive assessments. When its activity was discovered by chance, this did not lead to any consequences for its membership. The message to members of the Council of Europe is disturbing:

You may be tempted to spend large sums to bribe MPs, to offer them business contracts, to invite them on paid vacations or to blackmail them using methods reminiscent of the Soviet KGB. Why not try? It has worked for more than a decade for Baku. What is the risk? Even if, by chance, you are caught red-handed, you need not fear any consequences. All you need to do then is to send a different set of MPs to Strasbourg. 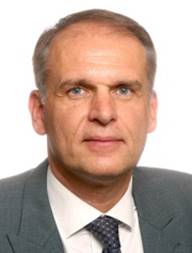 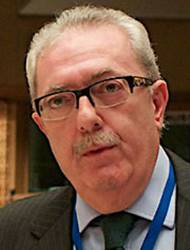 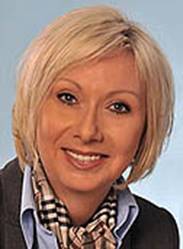 While Azerbaijan got away scot-free, PACE followed up on the findings of an independent investigation it set up into “the use of financial means to influence PACE’s work concerning Azerbaijan” with a number of individual sanctions for breaches of its code of conduct. Four members of PACE were banned from holding leading positions in PACE for a few years. 16 former PACE members were banned from entering the building of the Council of Europe. And that is it, so far.

Spanish politician Pedro Agramunt, one of Azerbaijan’s main apologists in PACE, resigned from his position as PACE president one year ago, which was unprecedented. However, he remains a member of the Spanish Senate. German politician Karin Strenz (CDU) who worked for a lobbying company financed by Azerbaijan also left PACE. She remains a member of the Bundestag and has yet to be sanctioned by the Bundestag. Belgian politician Alain Destexhe also left PACE last year. In 2010, Destexhe had set up an election monitoring NGO registered at his home address that praised Azerbaijani’s flawed elections while receiving Azerbaijani money. He remains a member of the Belgian Senate and is publicly praised by his ally from the francophone Mouvement Reformateur, Belgian foreign minister Didier Reynders.

More than one decade ago, Italian football fans learned that the managers of some of their most important clubs had arranged for “friendly” referees to officiate at their games. In response the Italian football federation appointed an extraordinary commissioner to investigate, and a football tribunal imposed serious sanctions against top clubs. Juventus Turin was relegated to a lower division.

It cannot be right that corruption is taken more seriously in the Italian football federation than in the Council of Europe. It is a European scandal that the only people interested in getting to the bottom of this affair are a few prosecutors in Milan. And that the only reason evidence for the biggest corruption scandal in the history of the Council of Europe came to light in 2016 was that these Italian prosecutors were doing their job. Where were the Council’s member states? Where are they now?

Europe How one Azeri influence organization works Available in 6 months ago 432
7 months ago 498 Relations of the Swedish Foreign Ministry with the dictatorship of Azerbaijan
7 months ago 502 Rasmus Canbäk: Caviar diplomacy in Sweden

Europe
How one Azeri influence organization works 6 months ago 432
Analytics
Relations of the Swedish Foreign Ministry with the dictatorship of Azerbaijan 7 months ago 498
Europe
Rasmus Canbäk: Caviar diplomacy in Sweden 7 months ago 502